PASADENA, Calif. — You wanted to watch Monday’s episode of Frontline via streaming and signed up for the $50 YouTube TV cable alternative app because you heard that PBS is now available on the cable TV alternative service.

Uh-oh. You could have been in for a rude surprise.

Yes, PBS did finally enter the digital age and make its programming available to cutting-the-cord fans in December, with an app that offers the complete lineup of local PBS stations. But add a big qualifier because in the nation’s second-largest TV market, Los Angeles, many of the signature shows are either not available in first run (like “Masterpiece”), or are, like “Frontline,“ but several days later.

And PBS still isn’t available on other streaming services like Sling, AT&T Now or Hulu with Live TV.

The answer from PBS: There’s an app for that, and it’s called PBS. Arguably the best bargain in streaming.

The PBS streaming app, which is available on Roku, Apple TV, Amazon Fire TV Stick and other platforms, has the complete lineup of PBS shows, but again with caveats. Programs come and go fast, unless you donate a minimum of $5 monthly to your local PBS station as a “Passport” member, or one-tenth of a monthly payment to YouTube.

By comparison, CBS’s All Access app, which offers all of its shows, with ads, costs $5.99 a month, and Hulu, which offers an ad-supported home to watch network shows from ABC, NBC and Fox, usually one day after initial airing, is $5.99.

The Passport app has no ads. 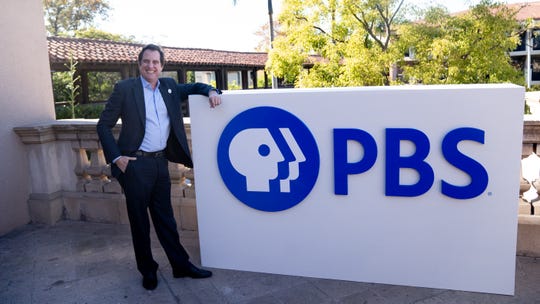 PBS’s challenge is making folks aware of it.

Ira Rubenstein appears on industry panels all the time extolling the virtues of Public Broadcasting’s role in the digital universe.

But when he mentions that PBS app and how involved the mostly publicly funded network is in digital, “people are shocked,” says Rubenstein, PBS’ chief digital officer.  “We’re like a big secret.”

Saving money: As prices go up, here’s how you can still save money streaming

He chalks it up to network and streaming service advertising budgets versus what he has to work with.

He estimates that some 5% to 10% of the total PBS viewership is now streaming and says the audience would be larger if more younger viewers were aware of the app.

He figures its a “generational” thing, where young adults just aren’t regular PBS viewers. So Rubenstein has been testing ways to reach them where they live. He recently posted complete episodes of “Frontline“ on the free YouTube service, where “it’s reached a much younger audience,” he says. “Those viewers may never go back to broadcast, and that’s OK; they’re consuming the content. What I think we can do, and have to do, is make sure the content is available everywhere.”

To help achieve that goal, PBS launched on YouTube TV with 100 stations and the PBS Kids app, but now there are over 200 stations there as well, with just over 100 more to go.

PBS says those stations will join the lineup shortly.

But in some markets where there are multiple PBS stations, like L.A., where there are four, they all can’t fit. KCET, the other main L.A. PBS affiliate, got the nod, along with PBS Kids, because it offers more locally produced programming that’s unavailable on other platforms, says Rubenstein.

He says he’s looking into a fix for the L.A. market.

“The cheapest alternative to cable is to just buy an antenna,” says Luke Bouma, the editor of Cordcuttersnews. Antennas start at around $40 and are way more powerful than the old rabbit ears of years past because they come with tuners to boost the signal. With an antenna, you can pick up all the local stations, but because it’s linear television, viewers are forced to watch the programs when they air.

Meanwhile, the PBS app is free and has some archived shows. But beyond news programming, many of the programs tend to be preview clips unless you pay to support your local station.

On the app, Rubenstein has been experimenting with “bingeing” programs, similar to how apps like Netflix and Amazon Prime Video do it, letting viewers watch an entire season in one swoop, instead of waiting weekly for the latest.

The newest Masterpiece, “Sanditon,” which debuted Sunday, is available on the PBS app (not YouTube TV) in full-season binge mode, with all eight episodes. When Ken Burns’ “Country Music” documentary debuted last year as a four-part series, each edition aired on PBS stations weekly, while all four were available on the app.

“It was an effort to build awareness,” Rubenstein says. Whether it’s an effective programming strategy, “the jury is still out.”

As for the other cable TV alternative services, Rubenstein says cutting deals with the likes of Hulu with Live TV and Sling is a priority: “Our goal is to get on as many as we can.”

For now, beyond the various apps, fans of PBS and “Frontline” could go old school and visit the PBS website on computers or the mobile web, where the complete first episode of Monday’s documentary and the polarization of America was available in the afternoon, along with next Monday’s episode as well.

The best credit cards for cruises

How to find true love through music-streaming

What if Being a YouTube Celebrity Is Actually Backbreaking Work?

SALT LAKE CITY — At the urging of conservative advocacy groups, Republican legislators in more than a dozen states are

A Climate Show Was Canceled. Then Came the Finger-Pointing.

James Holzhauer and Emma Boettcher Will Square Off Again on ‘Jeopardy!’

Our editors review and recommend products to help you buy the stuff you need. If…

The Weekly | The Hunt for Jeffrey Epstein’s Hidden Files

[You can watch “The Weekly” on FX, Hulu, and in these areas outside the U.S.] Ep…